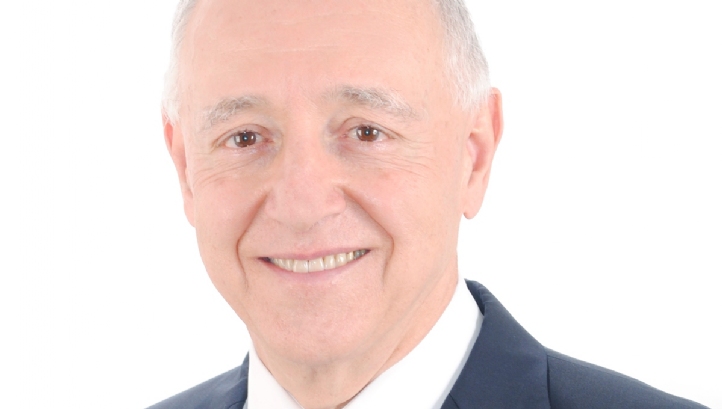 Latin America, and particularly Brazil, is a big user of desalination and water reuse technology, and there is huge potential for the growth of these technologies in the region, writes Emilio Gabbrielli, president of the International Desalination Association (IDA).

IDA World Congress 2017 this October is expected to act as a catalyst for wider use of desalination and reuse technologies in Brazil and Latin America. This expectation, coupled with strong support from the Brazilian government, is why the IDA selected São Paulo for the 2017 show. The event is also expected to build on the success of the IDA Water Reuse and Desalination for Latin American Development conference, held in Rio in 2015.

As a global event, the congress will seek to bring new knowledge and relationships to South America, and will familiarise the rest of the world with the business opportunities in the region. Latin American countries from Brazil to Chile, Mexico, Venezuela, Peru, Argentina and Colombia have come a long way in the use of desalination and reuse technologies. This is a large market, full of opportunities for the desalination and water reuse industry.

Each of Brazil’s 27 federal states has its own water utility to serve the state capital and other parts of the state; the remainder of each state is served by individual municipal water utilities.

Abes, the Brazilian Association of Sanitary and Environmental Engineering, best represents the sector, and will be an institutional supporter of IDA World Congress 2017.

Key figures from the Brazilian water market, including Benedito Braga, the secretary for water resources for São Paulo and president of the World Water Council, and Ivanildo Espanhol of the São Paulo University will support the event.

The state of Paraná was the first to award a concession to a commercial utility, the state-owned Sanepar. Several utilities are listed on the São Paulo and New York stock exchanges, including Copasa from Minas Gerais, and Sabesp from São Paulo. Sabesp is believed to be the largest water utility in the world by market capitalisation, and will be a strategic partner of IDA World Congress 2017. Abcon, the association of private companies in Brazil, is also supporting the event.

Doing business in Brazil can be a challenge for foreign companies. A partnership with a local player is often a good way to enter the market. However, many global operators, including Degrémont, Veolia, GE, Inima, Acciona and Pentair, have been successful in the country, as well as local companies such as Odebrecht Ambiental, CAB and Aguas do Brasil.

The demand for desalination and water reuse technologies in Brazil and Latin America is led by the industrial sector, whose heart is in São Paulo.

The pulp and paper industry is also active, as is car manufacturing, the steel industry, and beer and beverages. São Paulo is said to represent a quarter of the economy of South America.

Brazil’s intensive mining operation began in Minas Gerais – a large inland state in south-eastern Brazil – in support of the growth of construction giants such as Odebrecht and Andrade Gutierrez.

Southern states such as Paraná, Rio Grande do Sul, Santa Catarina and Espiritu Santo are home to vibrant industrial sectors. There are opportunities in the beverage industry, and in water softening for boiler feed, in all states. And there are also opportunities in water reuse in locations such as shopping malls and large office sites throughout the country.

Water sources in Brazil are a mixture of surface and underground. Many isolated communities in Brazil, particularly in the north east of the country, which traditionally counted on local wells, have seen this source become brackish in recent years, creating significant water stress for thousands of communities. The government has invested in a programme called Agua Doce (Fresh Water), with the aim of providing small brackish water reverse osmosis plants that will produce potable water for these communities.

The Brazilian government is strongly supporting IDA World Congress 2017, which it sees as an opportunity to build capacity for political decision-makers at central and local level. Such decision-makers are expected to become more involved in decisions involving desalination and reuse. The national water agency, ANA, and the Ministry of Environment are leading on this, and many participants are expected from state and municipal water utilities.

The participation of international agencies such as the World Bank, Unesco and the United Nations’ Food and Agriculture Organisation will further encourage participation from Brazilian agencies.

Key Brazilian organisations will be strategic partners of IDA World Congress 2017, and are promoting participation among their members. They include the following:

• Abes (the Brazilian Association of Sanitary and Environmental Engineering)

Also participating will be Aidis (Inter-american Sanitary and Environmental Engineering Association) and Aneas (National Association of Water and Sanitation Utilities of Mexico).

Brazil’s academic community is also engaged, as shown by the high level of abstracts received from local universities. The university of São Paulo will cooperate with IDA World Congress 2017 through its membrane research centre Cirra (International Reference Centre for Water Reuse).

Brazil currently has no large seawater desalination plants. The largest plant in the country serves Fernando de Noronha, the archipelago in the middle of the Atlantic that is a Unesco World Heritage Site. There are a large number of small and medium-size low-pressure brackish applications, with capacities up to about 10,000 m3/d.

Sabesp is pioneering the use of filtration to produce potable water from surface water with two large ultrafiltration plants. It is also using membrane bioreactors for sewage treatment at a plant in the mountain resort of Campos de Jordão.

Aquapolo in São Paulo is the largest industrial reuse plant in Latin America. It was built and is operated by a joint venture between Odebrecht and Sabesp, and treats 86,000 m3/d of effluent from a Sabesp sewage plant to potable quality, selling it to the industrial complex of Mauá.