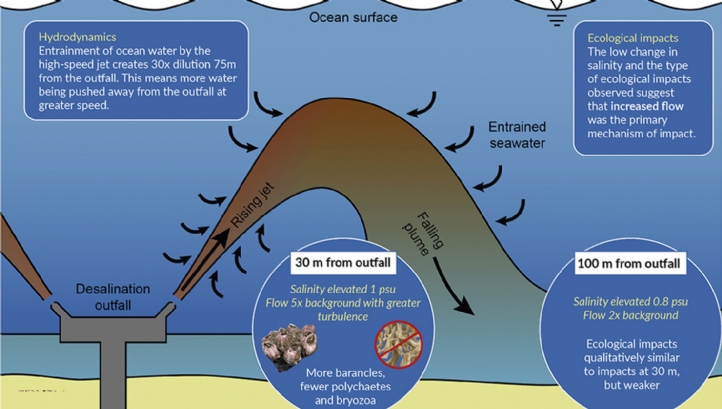 A first-of-its-kind study of the impacts to marine life of a desalination plant’s brine outfall into the ocean has found that the effect on the local ecology is minimal.

The six-year study of Sydney Desalination Plant looked at the effects on marine invertebrates of pumping and diffusing high salinity brine back into the ocean.

“Our study shows that they hyper-saline outflow from this modern desalination plant is not having a major impact on the New South Wales coastline,” said professor Emma Johnston, dean of science at University of New South Wales (UNSW).

The study looked at six underwater locations, each at a depth of around 25 metres, over six years during which the plant was constructed, operated, and then held in standby mode.

The research was led by UNSW, with scientists from New South Wales Fisheries Research, and Southern Cross University. The paper, First large-scale ecological impact study of desalination outfall reveals trade-offs in effects of hyper-salinity and hydrodynamics, was published in peer-reviewed journal Water Research.