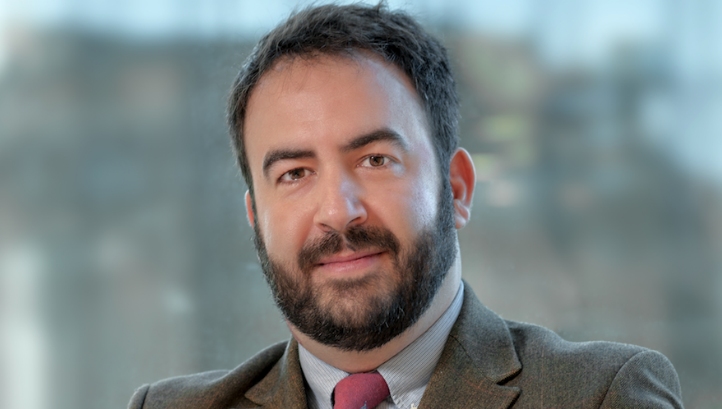 As comebacks go, Abengoa’s has been pretty impressive. The company that has been through a traumatic one-and-a-half years, in April 2017 wowed the industry with a massive €240 million contract win from Saudi Arabia’s ACWA Power.

The deal to add 250,000 m3/d of reverse osmosis (RO) desalination capacity at Shoaiba III power and desalination complex, south of Jeddah, marks a return to form for the Seville, Spain-based global engineering firm. And it offers a taster of the new strategy that has been put in place by the firm, “where the EPC business — engineering and construction — together with the operation and maintenance (O&M) business, will be our focus,” explains Pedro Almagro, who was appointed as executive director of the newly styled Abengoa Agua, promoted from his role as director of Abengoa Water US, in September 2016.

The Shoaiba III announcement came hot on the news that on 31 March 2017 the company had successfully completed a financial restructuring, converting 70 per cent of debt into equity, and finalising a deal that introduces 95 per cent new ownership of the business. The company began insolvency proceedings back in November 2015, after failing to attract the investment that it needed to service its debt, and in March 2016, it brought forward a debt restructuring programme that was initially agreed by major creditors in August of that year. To have completed the full financial restructuring process is a big step forward.

The problem that the restructuring sought to relieve was that Abengoa had racked up debt in the region of €9.4 billion during years of overseas expansion, particularly through developing big, capital intensive water and energy projects. Now the new strategy is to step back from investing its own capital up front, unless developers request that it takes a minority stake in a project, and instead to focus on providing contracted EPC and O&M services.

To this end, the firm has restructured to bring all the people working on water projects together into one team under the Abengoa Agua banner. “Before, Abengoa was approaching the water market from different units inside the group. Now in the new organisation, we have unified all the water business in the same division, Abengoa Agua,” says Almagro. “We now have a company that makes, in my opinion, much more sense, that will enable us to be a lot more efficient, more competitive, and to be able to provide the best service to the clients.”

As well as bringing together EPC and O&M services for water markets, Abengoa is looking to divest some of the equity investments that it owns in projects, including wanting to sell its 41.6 per cent stake in Atlantica Yield, the business that was created in 2014 and that owns a number of assets under operation by Abengoa in water and energy. “Atlantica Yield was our group for all the assets in operation. So now this is in the process to be sold. We believe that it is a very attractive investment for infrastructure, and pension and sovereign funds are very interested in buying it,” Almagro adds. Water assets on the market include stakes in projects in Africa and India, including Chennai seawater RO desalination plant, capacity 100,000 m3/d, a project that Abengoa developed in 2008-09 and now operates, and in which it owns a 30 per cent stake.

A further feature of the operational restructuring is that Abengoa has created a team dedicated to attending to the industrial water market. While Almagro is keen to stress that Abengoa historically has lots of experience in municipal markets, he adds: “We also have references in the industrial market. This is a market that has, in my opinion, a very interesting future with a lot of growth, with the kind of projects that are high in technological content, where know-how, and doing projects more efficiently, and having economically viable solutions, all with guarantees in terms of process, is something that industrial clients need.” He believes that know-how and experience of solving clients’ problems is a big part of what differentiates Abengoa, and that it will prove able to add value to industrial clients.

Geographically, the important areas of focus will be the Middle East, including Saudi Arabia, United Arab Emirates, and Oman, as well as Latin America, “Where we can be considered already local because of our history there,” says Almargo. North America, “We have our presence and we still have targets and objectives to stay there and to grow there.” North Africa, where Morocco is the main focus; and South Africa. And, Almagro adds: “We want to get back to Spain. We were not paying too much attention in the past few years to the local market, and now we want really to work again in Spain as we were doing before.”

The latest contract win with the Shoaiba III project in Saudi is certainly putting Abengoa back on the map in desalination. The project, on which it is partnering with Italian firm Fisia Italimpianti on the EPC work, is currently moving forward with all engineering and technical studies taking place under a limited notice to proceed, and the full notice is expected in July 2017 when construction begins. “This is an RO desalination plant so we have a very big experience doing that in the past. We have more than 1.5 million m3/d of desalination capacity already constructed and under operation. We have the confidence of ACWA Power, which is investing in this and will be in charge of operations over many years, so its analysis is quite exacting in terms of economy. We believe that we have the best design, and most competitive solution, based on our experience and know-how,” says Almagro.

It is this experience and credibility within the market that will enable the company now to move forward into a more positive phase and to continue to grow. “We have been more than 70 years working in the EPC market, so we are recognised by many organisations in the world as a key player on EPC projects. The market will always become more competitive. Like the other companies, Abengoa has a target to improve, and by improving we force the rest to improve also. This is the competitive scenario in our markets. It changes every day, we need to be always on the edge of the technological advances, we are ready for it.”