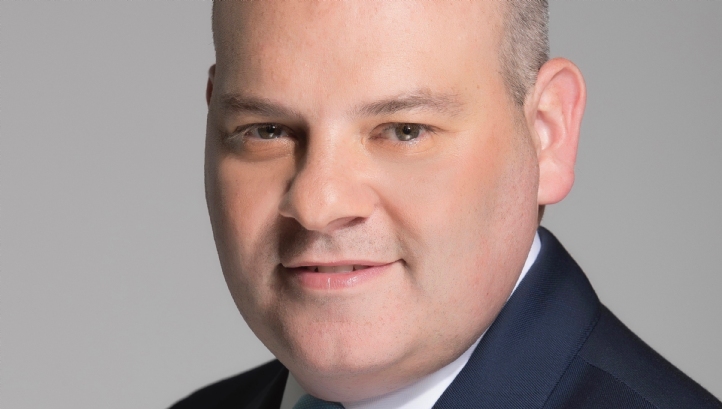 Henry Charrabe, newly appointed chief executive of Fluence Corporation, the company formed in July by the merger of RWL Water and Emefcy, has worked for the business’ major investor Ronald Lauder for 16 years.

A political scientist and Harvard graduate, Charrabé was a senior executive at RSL Investments Corp., an entity controlled by Lauder, when he was “tapped” by the investor, he says, to help establish RWL Water. Beginning in 2010 with a series of strategic acquisitions of four water companies — one each in North America, South America, Europe, and Israel — RWL Water has, on Charrabé’s watch, grown organically at a rate of 20 to 30 per cent a year to reach $60 million in annual revenue. His appointment to the top job at the newly formed Fluence reflects his success over the past seven years. Charrabé’s ambition now is to keep up the pace of growth at the merged business.

“RWL Water grew 20 to 30 per cent year-over-year organically, excluding acquisitions. And surely we want to strive to continue that growth at Fluence as well,” he says. The combined revenues of RWL Water and Emefcy were $62 million for 2016, and the forecast for 2017 is for sales of more than $90 million.

RWL Water’s success can be ascribed at least partly to the clarity of Charrabé’s strategy. He sought to carve out a position in the market for mid-size water projects of around 30,000 m3/d. Too big for the smaller players to finance and service, and too insignificant for the big boys to pay much attention to, industrial and municipal clients seeking a mid-size water and wastewater treatment solution proved welcoming of a specialist provider. Now shareholder Lauder, a global figure who was US ambassador to Austria from 1986 to 1987 under president Ronald Reagan, and is an investor, art collector, and political activist with strong Jewish heritage, as well as an heir to the Estée Lauder beauty products fortune, is backing Charrabé further as he sets out in leading the newly merged company through the next phase of its history.

The focus of the new entity continues to be mid size decentralised water treatment solutions. “The idea is to spend a significant amount of time and money on engineering hours upfront, and to come up with a standardised system that you can deploy without having to re-incur the engineering hours. The larger players tend to look at different project sizes, and the smaller players don’t have the in-house cash or capabilities,” says Charrabé. “That’s really where the need is, and that’s where Fluence is primarily situated to capture that market because we are in a very nice arbitrage. We are not the very big guys, and we are certainly not the very small guys. That’s why focusing on that market area is incredibly beneficial.”

Particularly, it is hoped that the new investment will support expanded production capacity and global sales of Emefcy’s proprietary Membrane Aerated Biofilm Reactor (MABR) technology, which Charrabé says is a good fit for decentralised and rural wastewater reuse. Right now, the business has its sights trained on China, whose latest five-year plan sets out a vision to expand wastewater treatment to 440 million rural Chinese people, potentially representing a fertile market for Fluence’s quick-to-deploy, mid-size MABR solution.

“This is a $15 billion, one-time opportunity in the next five years. Obviously, it would be arrogant for us to assume that we can capture the entire market, but there is huge potential.” Henry Charrabé, chief executive, Fluence Corporation

“This is a $15 billion, one-time opportunity in the next five years. Obviously, it would be arrogant for us to assume that we can capture the entire market, but there is huge potential. If we can capture a nice portion of that market in the next two to three years then of course it will be tremendous growth,” says Charrabé.

Within Emefcy’s half-year update, published on 3 July on the Australian Securities Exchange (the merged company will continue to be listed there), the company notes “significant progress in China on production and commercial sites,” including four installed MABR demonstration projects.

Demo plant Jinzi Changzhou was commissioned and is in operation, in partnership with Chinese SOE Jiangsu Jinzi Environmental Technology Company, which operates around 1,000 wastewater treatment plants in China. A second demo plant, CGGC INV, in partnership with China Gezhouba Group Investment Co. (CGGC), is installed and poised for commissioning. Emefcy anticipates signing a long-term agreement for sale of 10,000 MABR modules to CGGC, and plans to build a dedicated production line in Hubei Province to support this deployment. This new facility is in addition to another production facility in Changzhou that is currently in the commissioning phase, and is expected to become operational in late Q3 2017.

A third demo plant, Sinorichen, in partnership with SOE Beijing Sinorichen Environmental Protection Corp., is installed at a site just outside of Beijing and awaits commissioning. The site is strategically important because the province surrounding Beijing City is subject to some of China’s strictest standards for wastewater treatment and is seen as a model for the rest of the country. The size of the opportunity in Beijing province is estimated at A$75 million ($60 million), and up to A$1.3 billion ($1 billion) in adjacent provinces.

Finally Wuxi demo plant, installed in January 2017, continues to be an important reference site for prospective distributors of Emefcy’s MABR product in China, and is performing to design specifications, the company reports.

Yet while China is big focus, particularly for the newly integrated MABR technology side of the business, Charrabé is also keeping his eyes on developments in the rest of the world. “Although it’s an enormous opportunity, I would caution the company and everybody that this is not the only one, right? We continue to grow the legacy business outside of China, and we are really the covering the whole gamut, whether food and beverage, oil and gas, municipality, or a power plant,” he says.

The newly created Fluence will continue to “strengthen our footprint where we are right now, especially Europe, Latin America, North America, and even Africa, with decentralised seawater RO systems.” The company’s services cover the full range from project consultancy, through design, construction, operations, maintenance, and monitoring, to tailored financing including build-own-transfer arrangements, and operating leases; and the combined group has “considerable experience in structuring and operating water assets under a recurring revenue business model,” explains an investor presentation about the deal.

The business boasts clients in 70 countries, with more than 7,000 references, as well as 300 “highly trained water professionals” on staff. It has a head office in New York, US, and sales offices in Argentina, Brazil, Colombia, Dubai, France, Mexico, Minneapolis, US, and more recently, China as well. “That’s the sales platform through which we will continue to push the legacy products, and now of course also MABR,” says Charrabé.

These proven technologies include RWL Water’s Nirobox, a decentralised, 40-foot containerised desalination RO system, on which the sales effort will be “focusing a lot,” as well as general membrane-based seawater desalination and brackish water treatment systems; and anaerobic digestion based out of Italy. “Especially for the food and beverage industry like breweries and slaughter houses, that is a very good technology that we deploy all over the world. And then of course our packaged wastewater treatment systems, including aeration equipment, and folding that into the MABR product portfolio now seems to offer a very strong platform,” says Charrabé. “Every client who needs a freshwater system will also need a wastewater treatment system, so that’s where MABR comes into the fold.”

The Emefcy team will become the product innovation heart of the organisation, and are currently working on “several new products and technologies that we are going to bring to the market,” says Charrabé. “They are working on improvements to MABR and a new system called Subrer, which is basically submerged MABR technology suitable for retrofit of larger wastewater treatment plants.” Does this imply a potential to move up the scale into larger size projects? Any such ambition, if it does exist, is not likely to be realised in the immediate future.

Charrabé’s laser-like focus for the business today is on delivery of high-volume, packaged plants for the mid-market, and rapid deployment of MABRs. “Any industries or municipalities located in remote areas where it’s difficult to access centralised systems, or in areas where you have very old infrastructure, and you have a lot of non-revenue water seeping through, you can use our decentralised systems. So, remote areas, industries that are in water scarce areas, that need access to freshwater or wastewater treatment, those are where we want to focus.”