Graphene oxide membranes: ‘In an ideal world we will take five years to scale up’ 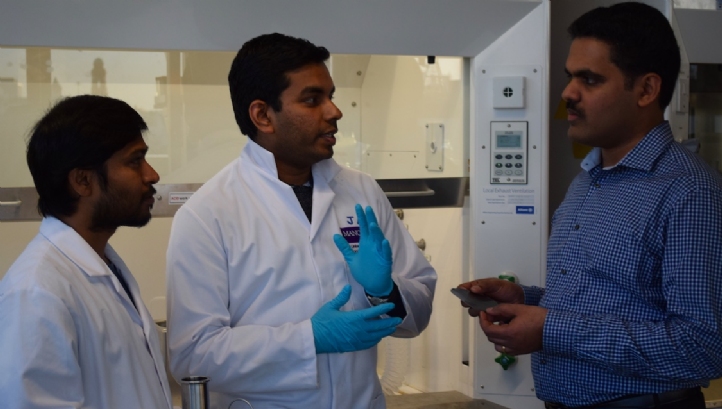 "If everything goes to plan, my expectation is that we will have graphene oxide membranes in large scale production within the next five years," says Rahul Nair, professor of materials physics and Royal Society university research fellow at the National Graphene Institute and School of Chemical Engineering and Analytical Science, at University of Manchester, UK.

It’s an ambitious timeline. But then Nair’s research has progressed rapidly since his group first published a paper on graphene oxide in Nature in 2012, demonstrating its unique properties that allow water to pass through but block larger molecules like solvents.

“At the time, there was speculation about using this membrane for water filtration or desalination,” says Nair. However in 2014, the next milestone paper demonstrated that salt in seawater in fact passed through the graphene oxide membrane with a cut-off size of around one nanometre. “So that was no good for desalination, but it was good for nano filtration applications,” Nair adds.

The challenge for the team at Manchester was that graphene-oxide membranes swell when immersed in water and that this enlargement of the pores enables sodium chloride to flow through. From 2014, the group focused on tuning the sieve size, trying different chemical and physical approaches, so that it would filter out common salts like sodium chloride.

“It turned out that physical confinement was the best approach. We created a tuneable sieve. We put an epoxy coating on both sides of the membrane that prevents it from swelling, and so the sodium chloride cannot pass through,” explains Nair. Their latest work, published in Nature Nanotechnology in April 2017 is proof of construct of a desalination application of a graphene oxide membrane, based on a laboratory setting and using saline water. The next step is to test the membranes with seawater, and in real-life applications.

“There are many experiments to carry out in future to compare our membrane with the state-of-the-art other membranes, and to show the real potential,” says Nair. The team is in talks with commercial partners about potentially taking the programme to the next level. “We already know many end-users who want this membrane, and we want a partner with the engineering expertise who can make this into a large-scale production. That’s what we’re looking at.”

He expects in two years’ time to have more solid data comparing the graphene oxide membrane with existing market-leading membranes, and then another three years’ work to scale production. “So, in an ideal case, we will take five years,” he says.