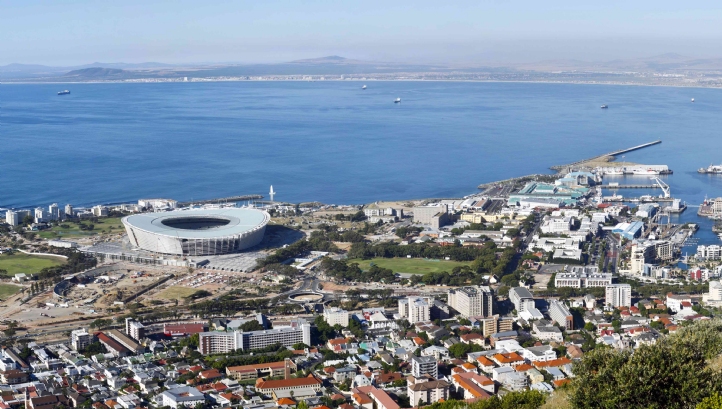 Mmusi Maimane, leader of South Africa’s opposition party the Democratic Alliance, has slammed the national ministry of water and sanitation for failing in its duties, pointing out the high cost of building desalination plants.

The Democratic Alliance-controlled City of Cape Town has scrambled to add desalination capacity in the past six months, as supplies in the city’s reservoir system dwindle amid ongoing drought. Three small scale, temporary desalination projects are due to complete in Q1 2017, however the city lacks funds to purchase larger facilities. Temporary plants at Monwabisi and Strandfontein, each of 7,000 m3/d, are due to complete by end of February, and a 2,000 m3/d facility at V&A Waterfront is scheduled for March.

“Desalination, regardless of what anyone says, is expensive and complex. And the problem is that there simply isn’t money. Large scale facilities cost anything up to ZAR 15 billion ($1.3 billion). That is a third of Cape Town’s annual budget. No city can afford such facilities on its own. Especially when their provision is outside its legal mandate,” Maimane said.

Now the authorities of Cape Town and Western Cape Province are considering legal action to compel the national government to act.

Minister of water and sanitation Nomvula Mokonyane pointed to “successful interventions” from the centre, including reducing groundwater abstractions for domestic and industrial use. “What premier Helen Zille and Maimane are trying to do is to shield the province and their organisation from accountability on the water crisis by shifting blame to national government. We will not be draw into petty political squabbles,” a statement from the department said.

Levels of usable water in the city’s dams are at 17.2 per cent, and supplies are expected to run out on 12 April.