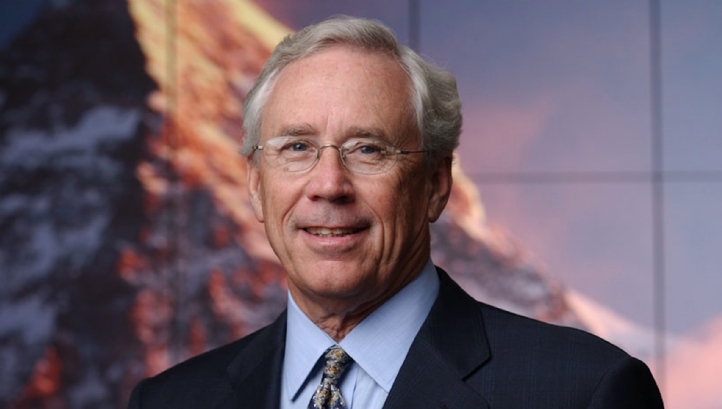 Richard ‘Dick’ Heckmann, founder in 1990 of US Filter, a business he sold nine years later for $8.2 billion, tells Water. desal + reuse why the water business needs consolidating, why he’s backing PolyCera Membranes, and why California is ‘the stupidest state on the planet’

“I started US Filter with a secretary and ended up with 26,000 employees, in 130 countries, and $5.6 billion in sales. I have zero technical ability; none. Never took an engineering class. It just looked to me like it was a business that nobody tried to organise and consolidate. It looked to me like the customer was looking at seven, eight different vendors and getting confused. Each vendor was telling him their product was better, and when he put three or four vendors in the same job, if it failed, everybody started pointing fingers.

Water is a very, very big market. People have been treating water since the Ancient Egyptians, so it’s not like people are lining up for new applications, but in many, many, many applications, where membranes aren’t able to do the job the users would like them to, PolyCera can fix that. In the short term, we are interested in food and beverage, and industrial wastewater. Like any new technology, we’re looking first at places where it fits the easiest.

‘The next big water company that comes along will be
the one that consolidates the technologies with the manufacturing
with the ability to deliver it per gallon.’
Dick Heckmann

One of the things I’ve been pretty vocal on is a systems approach. Too often, membrane manufacturers have a membrane and talk about what it can do. But you don’t pile a bunch of membranes in the centre of a plant and pour water through them. You have to have equipment, and design the way you want them to work. You really have to be full-service, if you’re going to be successful in the long-term and to be big. To be a significant company in the water business, you have to deliver the service and the equipment, and fix the problem, and not just have one piece of the problem.

This is the model we used at US Filter. The customer gives you a specification for the water quality they want, and you meet it. And it’s up to you what you do, which membranes you use, not up to them. A lot of customers like the fact that a company will take over that responsibility. US Filter went out and built a company that made the membranes and made the equipment, bought the trailers, had the operating team. If you needed cooling tower water, or whatever you needed, within 24 hours we could have trailers on site, people operating them, give you the water you want. At that point, you care less about the membranes.

PolyCera is more driven to the technology at this point. And the reason I’m there is okay, let’s assume they really do have this breakthrough technology. What do you do with it? The way the spectrum works is that the membrane is proven, tested, prototyped, worked out, installed, and measured, and everyone knows what it can and cannot do; the next step is to work in the service side. They are probably a couple of years from the service side.

The water business is the biggest business in the world. Period. A lot of people raise their eyebrows when I say that. But when you look around, everything is water-based. There is not a single thing that lives without water. No plant, no animal, no country, county or state. Nothing grows without water. It’s treated and flushed all day long, all over the world. And yet, you can’t tell me who the biggest water company is. The next big water company that comes along is going to be the one that consolidates the technologies with the manufacturing with the ability to deliver it per gallon. It’s a business that needs consolidating.

It’s fascinating because it should be so obvious. I’ve heard ad infinitum ‘water is the next gold, water is the next everything’. That is complete bullshit. The tiny little bit of water that we have on land is constantly recycled. Even if you’re drinking it out of a bottle, it’s somebody else’s wastewater. We might as well come to grips with that, there’s not a thing we’re ever, ever going to be able to do about it. And do it smartly. Treat the water before you discharge it, desalt the water, so you’re not putting pressure on your aqueducts.

California is the stupidest, stupidest state on the planet when it comes to water. I live in California. They are rationing water. They are charging $1,700 an acre foot for water in Los Angeles, when they’ve got the largest body of water in the world off their coast. California would have no water problem if they’d desalinate it. California should be a desalination state. Period. And it’s crazy that they’re not.

If you combine the cost of freshwater coming out of the mountains and water being desalted in California the price increase would be not significant. There’d be one price increase, like $0.15 a month in Los Angeles, and that would be the end of it. But there is no political will to do that. They’re idiots. They are increasing rates because there is less water.

One of the things I’m betting on is that there will be more desalination, because they are just flat running out of options in California; and that PolyCera can be involved in that.”