The Namibian government has claimed to be close to completing its acquisition of a N$ 3 billion (US$ 220 million) desalination plant owned by French engineering giant, Areva. Negotiations over the deal started in 2014. Local newspapers have reported that both parties were expected to conclude their offers by the end of this month.

Mine wants state desalination plant despite OK for own project

Namibian mining company, Rössing Uranium, has restated its preference for procuring water from national water utility, Namwater, despite having completed a feasibility study of its planned desalination plant north of Swakopmund.

Rio Tinto's Rossing Uranium mine in Namibia is planning an environmental impact study for its proposed water desalination plant.

Areva Resources has denied recent reports that it plans to give, free of charge, its desalination plant at Wlotzkabaken in Namibia to the south-west African country's government. The Paris-based infrastructure company insisted it intended to sell the N$ 3 billion (US$ 250 million) desalination plant to Namibia.

Areva set to hand over desalination plant to Namibia

French nuclear group, Areva, is poised to hand over a desalination plant to the Namibian government, for an undisclosed sum according to the south west African country's chamber of mines.

Namibian uranium mines have received mixed news on the prospects for an end to their struggle to secure cheaper and secure water supplies through new desalination facilities.

Namibia has moved on its declared intention to offer to buy Areva's 20 million m³/d water desalination plant in the country.

Namibia's government is poised to table an offer to buy Areva's seawater desalination plant at Trekkopje and to use the 20 million m³-a-year facility to supply the country's semi-arid Erongo region.

Namibian uranium mining firm Rössing Uranium is investigating the economic viability of designing, constructing and operating a new desalination plant to supply its operation in the economically important Erongo Region where water is scarce.

The International Water Association (IWA) has extended the deadline for submission of outline papers for the 9th IWA International Conference on Water Reclamation & Reuse.

A 400 m³/d seawater reverse-osmosis desalination plant in Walvis Bay, Namibia, is to be upgraded under a contract announced at the end of September by Aqua Services & Engineering (ASE).

Investments in desalination and electricity generation in Namibia could be in jeopardy following a dramatic slowdown in mining output in 2008, according to a new report published on 5 May 2009 by the International Monetary Fund.

Namibia is pondering a desalination programme to address water shortages and to supply irrigation schemes that consume annually some 430 million m³ of water.

Namibia Water Corporation (NamWater) is seeking consultants to help with a possible acquisition of Areva Desalination Plant at Swakopmund.

Officials from the Erongo region in Namibia and Israeli private investors are in advance stage talks over a second desalination plant in the county, reports New Era.

Officials in Namibia's Erongo region have again spoken of their ambition to acquire a local desal facility owned by French firm Areva, as they repeat aims to build a second desal plant.

Namibia is looking to build a new 70,000 m3/d desalination plant in Erongo Region under a public-private partnership (PPP), as the country gets close to finalising PPP legislation, reports New Era.

The Namibian government has passed up the chance to acquire a desalination plant because the N$3 billion ($216 million) asking price from French multinational Areva is too high, reports New Era.

Aimed at rural and coastal zones, a new thermal desalination system with heat recovery has been developed and tested in different countries. The system has a desalination tower with multiple stages and a set of solar thermal collectors. This article presents the field results of two systems tested in Brazil, and the numerical results of a design installation for Namibia. For Namibia, six systems are planned with capacity of 400-500 L/d. In Brazil, two systems with a 35-40 L/d capacity were tested. This article first appeared in the February/March 2011 issue of Desalination & Water Reuse magazine.

The 55,000 m³/d Trekkopje seawater desalination plant in Nambia was opened opened on 16 August 2010 in the presence of Namibia's minister of agriculture, water and forestry, John Mutorwa, and former president, Same Nujom

The Namibian government is seeking private investors to finance the development of four desalination plants on the west coast of Namibia, reports Bloomberg. 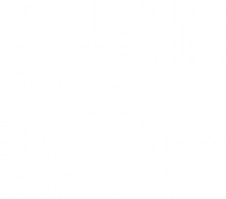 The 55,000 m /d Trekkopje seawater desalination plant in Nambia was opened on 16 April 2010 in the presence of Namibia's minister of agriculture, water and forestry, John Mutorwa, and former president, Same Nujom. Designed and constructed by Keyplan, a South African specialist water treatment subsidiary of the Aveng Group, the Trekkopje seawater reverse-osmosis plant, in the heart of the Namib desert, turns Atlantic seawater into high quality potable water for use at the Trekkopje uranium mine operated by Areva Resources Namibia. The plant is currently being commissioned and has already produced high quality water. This followed a detailed environmental impact assessment, taking into account specific aspects of the coastline and potential carbon footprint of the operation. This article was originally published in the May/June 2010 issue of Desalination & Water Reuse magazine.


Namibia
(click on a word to remove it from the search)


Start typing in the box to search for more keywords