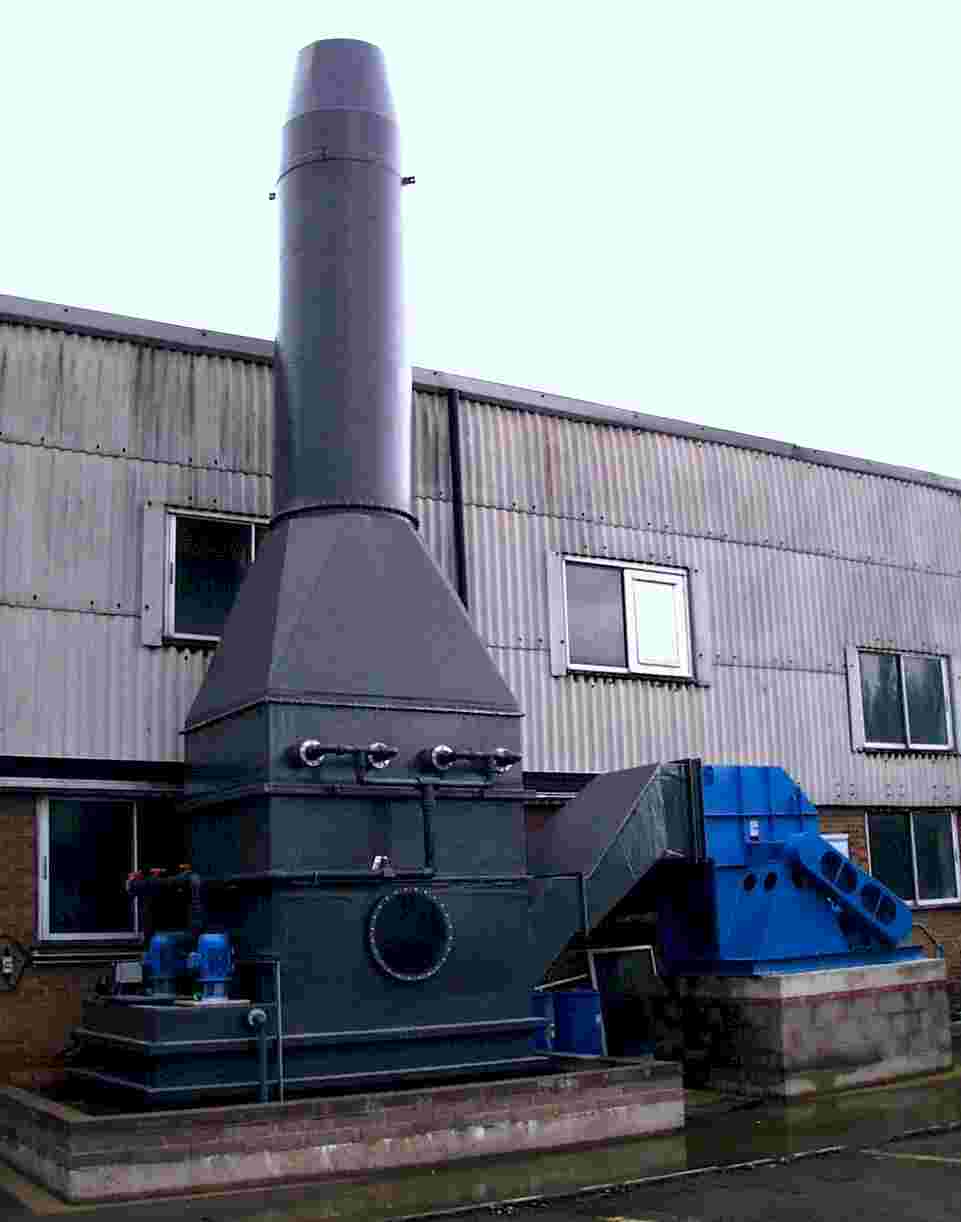 For a dimensioned drawing of the range of scrubber sizes from 1000 m3/hr to 100,000 m3/hr gas volume flowrate follow the hyperlink Scrubber sizing

The Multivent scrubber is a new gas liquid contactor comprising a matrix of elementary modules referred to as cell, in which gas and liquid circulate vertically under counter-current flow. For details of our pilot plant program follow the hyperlink [Pilot Unit]

Liquid is introduced at the top of the cell, gas flows vertically from the bottom between the cell walls. In each cell, placed in series, gases are successively washed by the mixing of the two phases.

A cell is formed by two rectangular sections, one convergent and one divergent, the intersection between the two forming the CELL NECK. Several cells placed in series form a FLOW CHANNEL.

The cell is characterised by its height, width, length and the width and the shape of the cell neck.

The hydrodynamic operation of the MULTIVENT SCRUBBER. can be divided into three flow ranges:

The first being “dripping flow”. This occurs when the gas and liquid flowrates are very low. No interaction occurs between the fluids. Each flows as if it were independent of the other . The liquid  flows like a film over the surface of the cells.

The second phase is known as “wave flow”. This occurs when either the gas or liquid flowrate is increased to a particular value which causes a small increase in pressure drop through the cell. An unsteady state temporarily develops exhibiting wave flow phenomenon.

The final phase is known as “hanging flow” and occurs as the flowrates increase and the waves of the previous flow regime meet at the cell neck. The phenomenon produces a sudden increase in pressure drop and liquid retention in the cell. Hanging flow occurs in all cells arranged in series.

This is characterised by liquid accumulation at the top of a cell. The phenomenon occurs at virtually constant gas side pressure drop, independent of the gas or liquid flow rates in the cell.

The operating regime of the Simdean Multivent scrubber is defined between the minimum flowrate required for hanging flow and the onset of flooding of the cells i.e. when the liquid flowrate is greater than the critical value. In practice, for a mass ratio of (liquid to gas flow) L/G = 1, the regime occurs between 80 and 120% of the nominal flow rate of the gas treated by MULTIVENT SCRUBBER.

Pressure drop in the operating regime is between 20 and 35mm WC per cell for a L/G ratio between 0.8 and 1.2 for the nominal flow rate of the gas treated by the Multivent scrubber. The pressure drop of one cell is additive, which means that for five cells placed in series the total pressure drop will be between 100 and 170 mm WG depending on the L/G ratio adopted. In practice units are normally fitted with either three, five or eight cells placed in series depending upon the application

Experiments have been carried out with silica J + K type density 1.7, whose particle size distribution extends from 1.3 to 13.1 microns with a maximum of 5 microns. The efficiency obtained with five cells arranged in series in about 98.7% for a dust concentration of 1950 mg/Nm3 at the scrubber inlet.

Figures quoted above are, in simple cases, quite definite. Problems met in practice are seldom so simple, and their physical and chemical parameters are not so definite.

Notably, with regard to odours, the numbers of odoriferous substances is often important, particularly if they do not have similar chemical characteristics.

Volumetric capacity is obtained by placing the cells in PARALLEL 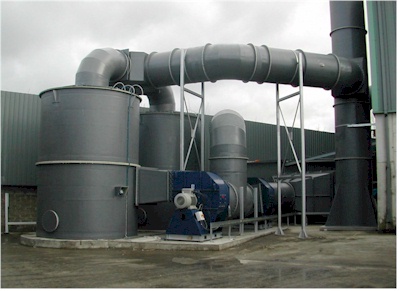 Simdean have recently successfully installed and commissioned an odour control plant at a Waste transfer Station. The station which takes in general domestic waste is housed in a single building with building volume of approximately 15 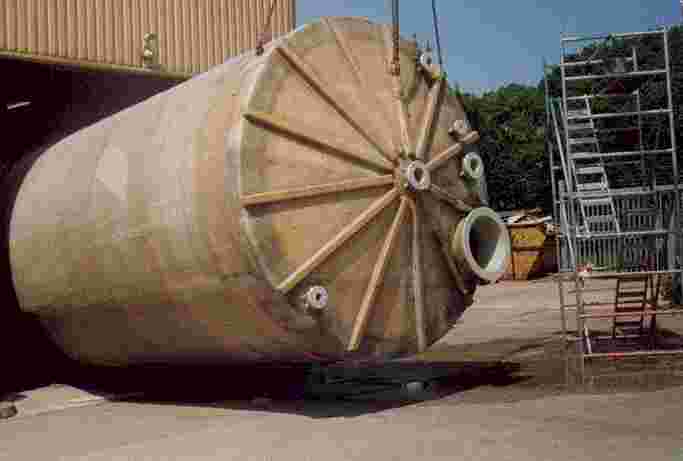 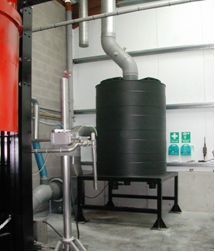 Simdean Envirotec have recently installed and commissioned a VOC removal system on the exhaust air stream from a Solvent recovery plant based in Northern Ireland. The gas stream is extracted from the process at ambient temperature from both vacuum pump exhaust and general ventilation form around a solvent boiler.