Figure 1 (Top) – Oxidation of iron and manganese to insoluble forms takes place before filtration through the ZeeWeed® Membranes.
Figure 2 – Aeration of the immersed ZeeWeed® Membranes at the 2,300 m3/day Rothesay plant.
Figure 3 – Membrane flux achieved at Rothesay from 1996 to 2001.
Figure 4 (Bottom) – Water treatment plant building at Rothesay.

A number of UK water utilities rely on groundwater to meet their potable water requirements.  However, the presence of iron, manganese, pathogens (e.g. Cryptosporidium parvum and Giardia lamblia) and gases such as hydrogen sulphide in groundwater can cause public concern over water quality and usability.

Although concentrations of iron and manganese in solution are not naturally present at levels that would cause adverse health effects, both contribute to aesthetic problems.  The presence of one or both of these metals in the distribution system may result in staining of laundry, brown-coloured water or the passage of oxidised metal particles that can be sloughed off from distribution pipework into the potable water supply.

When groundwater contains iron in excess of 5 mg/l and manganese in excess of 1 mg/l, conventional technologies, such as sedimentation and rapid gravity sand filtration, are not always effective due to filter blinding caused by precipitated iron and manganese, or the formation of iron bacteria film.  If there is surface water intrusion into the groundwater supply, pathogens also may be present, which conventional systems may have difficulty removing.

To improve the aesthetic quality of potable water, UK regulations specify maximum limits for iron at 200 ìg/l, and manganese at 50 ìg/l.  However, some more stringent local limits can apply.  At least one UK water utility, for example, aims for <10 ìg/l of manganese.

Recent advances in the configuration and application of immersed membrane systems offer the opportunity to apply ultrafiltration (UF) membranes to treat iron- and manganese-laden water sources on a large scale without conventional pre-treatment, by using a combined treatment process.

ZENON’s ZeeWeed® UF membranes are directly immersed in the raw water.  The membranes provide a positive barrier to pathogens, such as Cryptosporidium and Giardia, and both organic and inorganic solids.  The integrated process eliminates the need for conventional processes and is unaffected by high turbidity and TOC.  The process can be optimised with pre-oxidation for iron and manganese removal, as shown in Figure 1.

The membranes are supplied configured into standard cassettes.  Thousands of ZeeWeed® membrane hollow fibres, manufactured from PVDF, are suspended in the cassettes which are immersed directly into the process tank.  The fibres, with a nominal pore size of 0.04 µm, filter the water from outside to inside by applying a slight vacuum to the membrane.  Intermittent coarse bubble aeration, periodic backwashing and maintenance cleaning are used to ensure membranes function at optimal performance.

As the ZeeWeed® membrane system removes particles greater than 0.1 microns in size, suspended metals such as iron and manganese can be eliminated.  However, iron and manganese also exist in dissolved forms, which can pass through the membrane.

To achieve removal of dissolved iron and manganese, these metals must be oxidised from soluble species to insoluble species, which can be subsequently removed by the membrane.  Oxidation is achieved by aeration or by the addition of oxidising chemicals such as chlorine, chorine dioxide or potassium permanganate.

Since the kinetics of iron oxidation are relatively rapid at alkaline pH, it is often practical to use aeration to achieve iron oxidation, as shown in Figure 1.  For the pH values and retention times typically encountered in potable water treatment, aeration alone is typically ineffective in achieving complete oxidation of manganese.  A stronger oxidizing agent such as potassium permanganate is required.  This converts manganese from the soluble form (Mn2+) to insoluble manganese dioxide.

One of the advantages of the ZeeWeed® process is that the solids concentration in the process tank can be easily controlled by adjusting the system recovery.  Thus, high concentrations of manganese dioxide precipitate can be maintained in the process tank, increasing solids retention time and providing more surface area for adsorption.  Also, as settling is not required for membrane-based separation, there is only the need to form pin-sized floc for the membrane to effectively separate oxidised iron and manganese particles. These characteristics of the ZeeWeed® system provide improved iron and manganese removal, coupled with typically decreased potassium permanganate dosage requirements.

The application of immersed UF membranes with combined coagulation / pre-oxidation for the removal of dissolved organics and dissolved iron and manganese has been successfully applied by ZENON around the world.  Two case studies are now presented.

Following the Balkan War, the new Brcko District Government (BDG) in Boznia and Herzegovina quickly realised that restoring a clean and reliable potable water supply was critical in returning health and prosperity to their residents.  In 2001, BDG selected ZENON’s immersed ZeeWeed® hollow-fibre UF technology to initially produce up to 10,000 m3/day of potable water from one process train for the 88,000 residents.

The plant supplied was expandable to 30,000 m3/day, requiring a total of 3 process trains.  The enhanced coagulation and oxidation plant not only treats iron and manganese contaminated groundwater but also eliminates the organic and inorganic pollutants present in the Sava River, making this surface water supply safe for potable use.

Installation and expansion of the system was made relatively easy due to the pre-assembled skid-mounted and containerised system design.  Three containers make up each stream of plant, the first containing flocculation tankage and equipment to coagulate and oxidise the feed water, the second container houses the ZeeWeed® cassettes, and the third container contains the process equipment and electrical controls.

The Town of Rothesay, New Brunswick abstracts raw water from several groundwater wells, each under the influence of high and variable levels of iron and manganese.  Cryptosporidium oocysts and Giardia cysts were also a concern as one of the primary wells was under the influence of surface water. After evaluating several technologies, the Town concluded that the new treatment system had to:

In 1996, ZENON installed and commissioned a ZeeWeed® immersed membrane filtration system that met all these requirements.

The Rothesay treatment plant is composed of an iron aeration oxidation step, followed by potassium permanganate in-line injection for oxidation of manganese.  This step is followed by membrane filtration which retains oxidised particulates in the membrane process tank (see Figure 2).

The system was designed for an ultimate design capacity of over 3,300 m3/day but membranes were installed for only the initial requirement of 2,300 m3/day in 1996.  As new capacity is required, the Town can add additional immersed membranes into pre-arranged slots in the process tanks.  Figure 3 shows the normalised flux rate achieved from 1996 to 2001.  This is the volume of water produced per unit area of membrane per unit time, adjusted for changes in water viscosity, which fluctuates as temperature varies.  The data shows a consistent trend and demonstrates the long term reliability of the process, and the longevity of the ZeeWeed® membranes.

The entire plant is enclosed in a building of < 185 m2 as shown in Figure 4.  A programmable logic controller controls the entire system – a part-time operator is required to spend only approximately 30 minutes per day at the plant for sampling.

Immersed membranes combined with pre-oxidation provide an effective and well proven system for the elimination of iron and manganese in potable supplies, along with the additional benefits of pathogen and inorganic and organic contaminant removal.  Installation of ZENON ZeeWeed® immersed membrane technology can be applied economically to situations in the UK where surface and ground water sources contain iron and manganese in excess of the maximum limits 200 ìg/l and 50 ìg/l respectively.

ZENON is currently evaluating a number of UK sites utilising pilot-scale oxidation / membrane systems where direct filtration of iron contaminated boreholes are required, and a surface water site where both iron and manganese are in dissolved form and represent an aesthetic water quality issue for the water utility concerned.

Jack Noble is Managing Director at ZENON Environmental (UK) Limited.  Contact Jennie Peace for further information at ZENON’s offices in Sheffield (where all UK projects are managed) on +44 1226 760600 or email jpeace@zenonenv.co.uk. 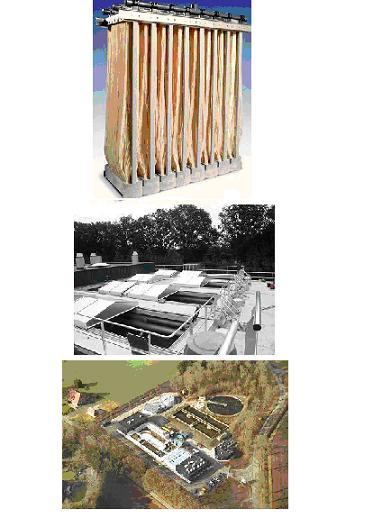 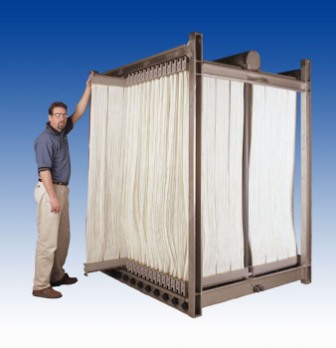